This page is having a slideshow that uses Javascript. Your browser either doesn't support Javascript or you have it turned off. To see this page as it is meant to appear please use a Javascript enabled browser.

For the last 10 years Adobe Indesign has been the industry-standard program for publishing. The Indesign workflow consist of importing three elements: text, images and illustrations or diagrams, and manipulating the layout in Adobe Indesign. 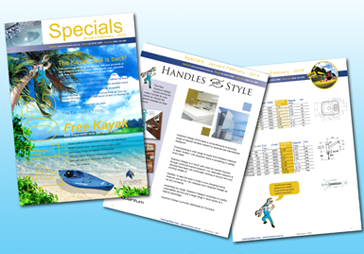 We look at several examples of this process in our Indesign courses.
Text can be created within Indesign itself, or imported from a word processing application like Microsoft Word. Images can be manipulated in image-editing software like Adobe Photoshop, then imported into Indesign. And whilst basic vector graphics can be created within Indesign, more complex illustrations or diagrams are usually created in Adobe Illustrator, and likewise imported into Indesign. All the layout work is then done in Indesign: text and graphic styles, master pages, page numbering, tables of contents and indexes.
The document can then be exported in one of three ways: as a PDF for print or placed into a Content Management System, or as a packaged folder to send to a commercial printer, or in the recent years as an Epub file for Ebooks or Apps for iPad. But in all cases the workflow process is basically the same.
Indesign Users Group in Sydney meets bi-monthly, and is a free forum for designers to discuss topics and the latest Indesign features.
See many examples of our Indesign clients’ work on our Facebook page: www.facebook.com/DesignWorkshopSydney
Other related Indesign Blog Posts: